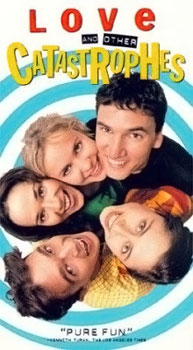 Love and Other Catastrophes

Luke Buckmaster:
Film history is dotted with stories of immensely talented people who launched their careers with a bang then disappeared from the scene far too quickly. What a shame we haven’t seen more from writer/director Emma-Kate Croghan, who rose to acclaim in the 90s and has made only two feature films: 1999’s Strange Planet (with Claudia Karvan and Naomi Watts) and 1996’s Love and Other Catastrophes. The Guardian.