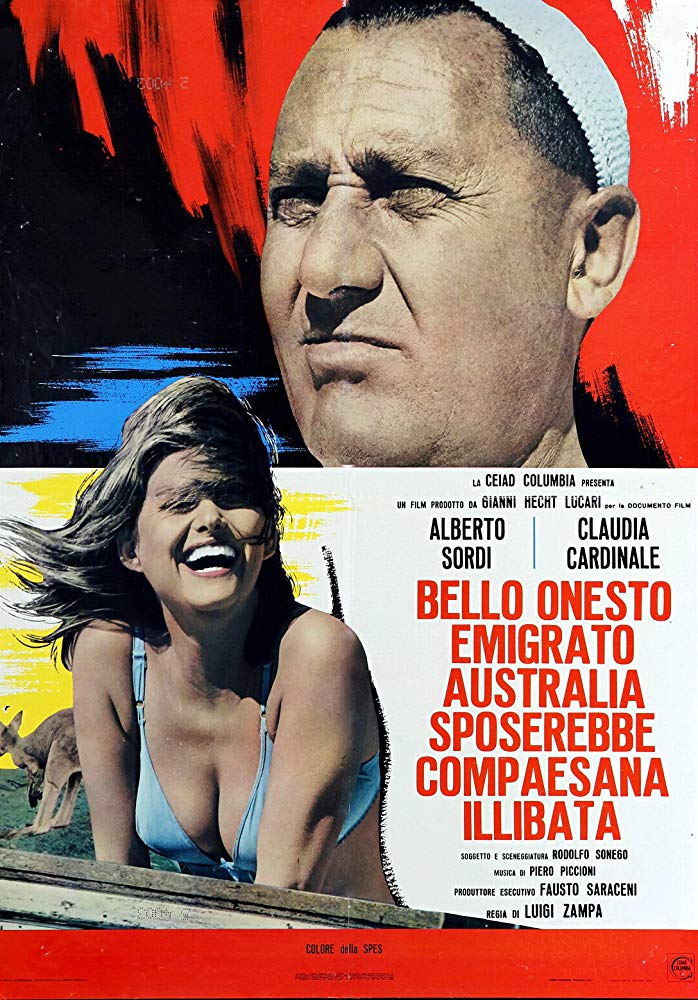 Ho visto recentemente Bello, onesto, emigrato Australia sposerebbe compaesana illibata (Luiga Zampa, 1971) in italano. Non ho capito niente. (The title literally means: 'a good-looking honest man who has emigrated to Australia, would like to marry a compatriot who is a virgin'.)

... the film is essentially an assembly-line production with persistent, bland music, and a tendency to belabour the most obvious points. The film also lacked any sense of geographical consistency, and the route followed by Amedeo and Carmella from Sydney to Broken Hill takes them through dense tropical jungle and past Ayers Rock .... Its Australian distributor, Columbia Pictures, restricted most screenings to Italian cinemas in the major cities, presumably fearing the reaction of Australian audiences to the film's geography and to the anomaly of local actors such as Noel Ferrier speaking fluent Italian. Pike & Cooper: 263