blurb: In a bid to save the last of his family, Gutjuk, a young Aboriginal man, teams up with ex-soldier Travis to track down Baywara, the most dangerous warrior in the Territory, his uncle.

The story is not unrelated to Ion Idriess, Man Tracks, 1937. See Rielly.

Jake Watt: With its sprawling desert vistas and violent frontier conflict, the Outback of old isn't so far removed from the Wild West of American legend and cinema - which is why, of course, there's a whole subgenre of Aussie Westerns, from Mad Dog Morgan to The Proposition, Sweet Country, and The Nightingale. Maxwell Johnson doesn't reinvent this wheel and some of his action sequences are clumsily staged, but he does provide High Ground' with a few points of difference, particularly Gutjuk's community's depictions and the missionary's influence. Chris Anastassiades' screenplay digs deeper into the Indigenous familial atmosphere by showing the individuals who make up the tribal tapestry. This allows viewers to see that the complex systems of organisation, communication and care may vary from others, but they are intricate and fragile. It also largely avoids becoming a white saviour film by focusing heavily on the perspective of Gutjuk. Switch. 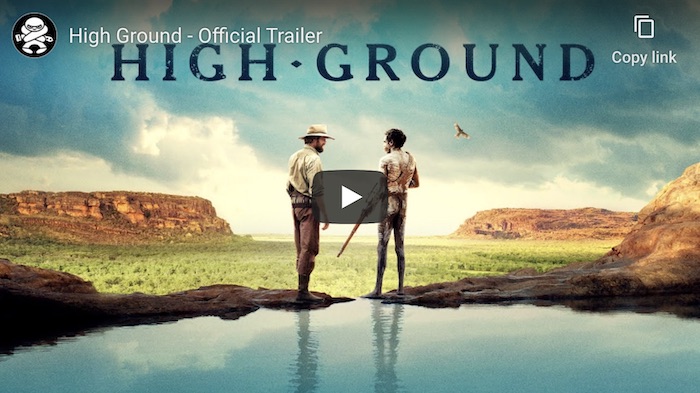