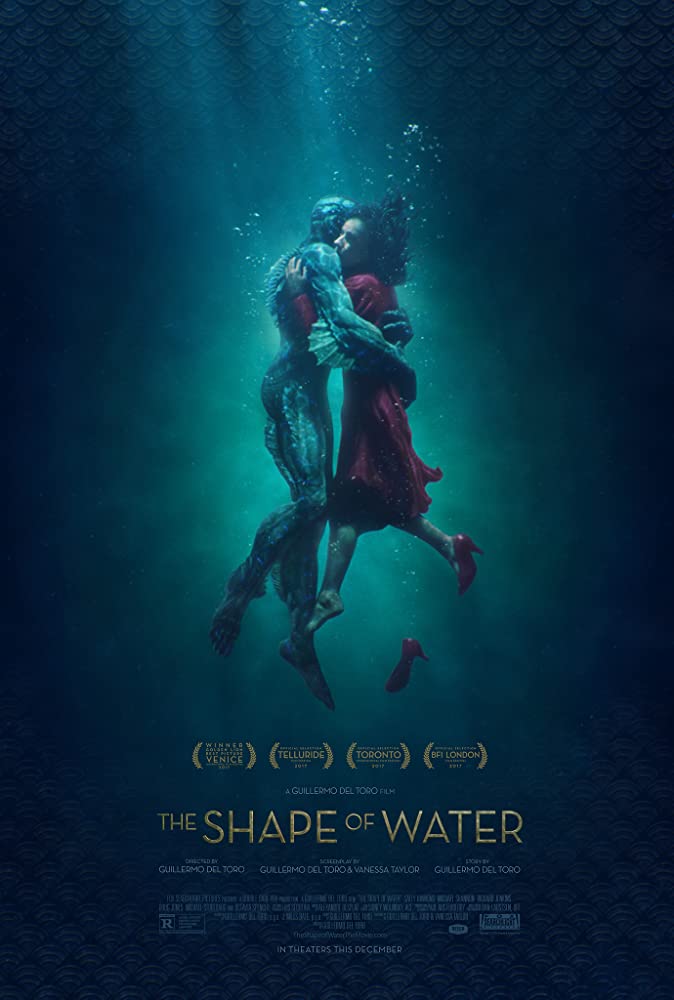 The Shape of Water

I was surprised when the poster gave so much away about the creature, and that the film showed him so close to the beginning. Clearly, a surprise disclosure was not the plan - and for a reason: the story is a 'fairytale' as old as all the time in which people have been telling children stories about monsters, and gods, and princes charming.

I was disappointed at the naivety of the conception, tho I admit it has its charm – and also complexity.

Sally Hawkins won't win the Oscar, but only because she's up against Fran McDormand. She's very good. I found her signing completely convincing: it must have taken her a while to learn.

Guillermo del Toro channels all the streams that make him unique into The Shape Of Water, pouring his heart, soul and considerable craft into an exquisite creature fable. ... Sally Hawkins so intuitive and nuanced at the film’s mute centre.