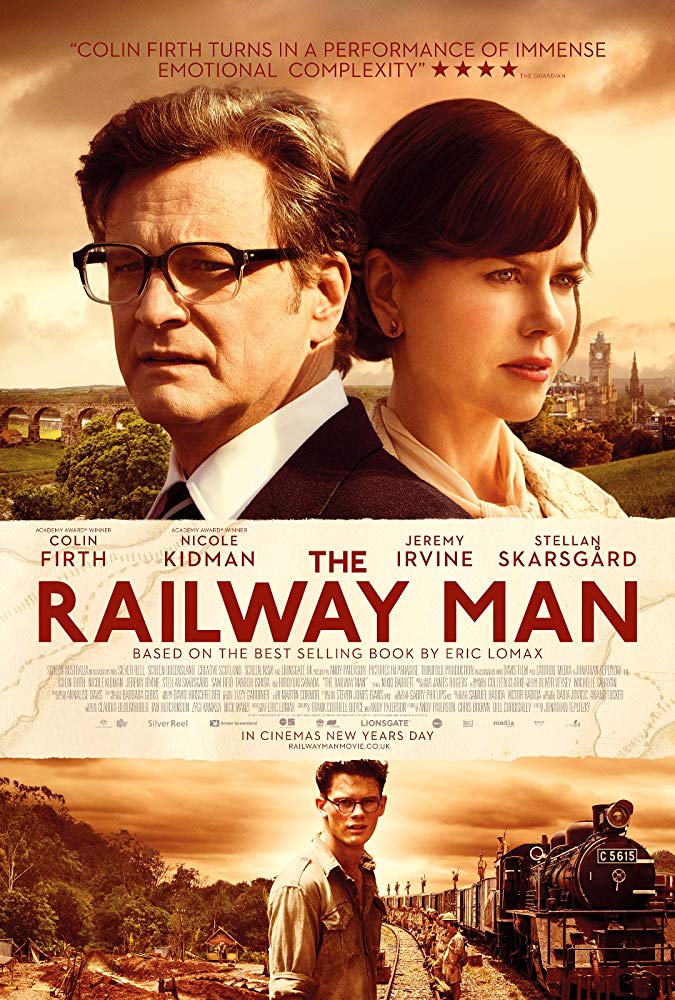 Offering closure to a less-told chapter of World War II history, The Railway Man retraces the tracks of an exceptional man's life, as former British soldier Eric Lomax confronts the Japanese officer who tortured him as a prisoner of war nearly four decades earlier. This overly stodgy true story brought audiences first to tears and later to their feet for a rousing standing ovation at the Toronto Film Festival with its placid, postcard-worthy view of how men of a certain generation cope with deep emotional scars, tenderly acted by Colin Firth and Nicole Kidman, as Lomax and the woman who inspired his healing. Too delicate to entice the masses, The Railway Man will likely give a smaller distrib a dark horse in the awards race. Peter Debruge, Variety.

... old-fashioned war drama stuffed into a cumbersomely choppy time structure… [which] is well-acted and handsomely produced, but its honourable intentions are not matched by sustained emotional impact or psychological suspense. The film boasts committed work from Colin Firth as a British train enthusiast profoundly damaged by his experience as a prisoner of war, along with tearful support from Nicole Kidman as his wife. But despite those deluxe elements, it never quite transcends its stodgy approach. David Rooney, The Hollywood Reporter.

This is a big deal old fashioned film, beautifully made and acted. It deserves a good home. I think audiences are hungering for this kind of filmmaking a la Out of Africa or The Quiet American. Roger Friedman, Showbiz 411.

... does perfectly respectable justice to Lomax's ordeal, without ever making a strong case for itself as independently stirring art. Tim Robey, The London Telegraph.

All notices above from Don Groves (to whom many thanks, once again), 'Standing ovation, tears for The Railway Man', IF.